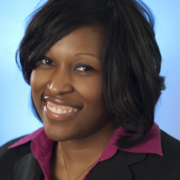 It seems that the “Free Business Portraits for the Unemployed” is a great topic of discussion in the Italian media. I found out this morning that yesterday I was featured in a blog about jobs and employment. The article is here: blog.cercalavoro.it.

I have been in some of Italy’s top newspapers and I will be featured in a Italian magazine within the next week or two and now this as well.

I went ahead and used Google Translator to translate yesterday’s blog post into English. It’s not a perfect translation but you can get the point. If any of my readers know Italian and want to have a crack at translating more accurately let me know. In the mean time, click the link to read the English(ish) version (Thank you Google!).

Help The Unemployed With Their Jobs

How did a respected and award winning photographer free of charge devotes part of his time trying to help people in need and maybe a different address the crisis that is rampant. Do not ask how come there are people who run their own brains and their skills in a different way from the common masses, they try to learn.

Michael Albany is an award winning photographer who lives in southeastern Pennsylvania. He owns a company specializing in photography, and more precisely in the portrait. Mr. Albany, as reflected in his photographs and what he has said in numerous interviews, he loves to capture moments of quirky, pictures and portraits that lead to the idea of the character of the goofy and echoing a real style. Albany contends that portraying an image of a serious person who shows proper look easy. However, different convince that person to lower his guard, but convincing him to do so and adding a good trick, Albany claims to give the precise result that is obtained in the spontaneity animated. Add to that, he says, and then you will know that the smile is real, the image is real and has a life of its own. In addition to being able to get people to smile and have fun, Mr. Albany is convinced that it is possible to obtain the image that moves.

Michael Albany said with great simplicity and honesty that he has no other way to help people, if not to make available and who knows what he has done with great professionalism and care. Besides, his theory is simple and close to several sociological theories, which analyze the situation of social groups and try to find simple and effective solutions that do not endanger the lives of people, but that pushes them without too much effort to raise the fate of those who are in difficulties.

It ‘obvious, unfortunately not in many popular writings, which would be a realistic option the possibility, by estimates, wealthy and good professional practice to put at free disposal of the less fortunate his work in the form of voluntary and permanent and constructive non-monetary alms.

Mr. Albany says he would be happy to do what he does often, but not be able to provide a forum for his work, he too was a victim of the crisis and because of the fact that the labor shortage has been forced to market their home to move forward.

He remains convinced he can help the unemployed find work with his photographs. Its activities in support grows for some time and is to make freely available to the unemployed his professionalism.

He, in fact, within the famous and busy business meetings, which take place in the U.S., rent a booth and take pictures for those who need a nice picture you can enter the curriculum, but especially on their online profile of what can be considered essential to the virtual place in which to be present in order to find work in the United States, you are obviously talking about LinkedIn, the site will soon be finding work in the U.S..

People have lined up to face the goal, following the directives of the photographer and advice, practical, offered by the expert hands of make-up, all this without paying any money for a service that usually has a cost which is around 250 dollars.

According to an Italian journalist, Paul Ribichini Mr. Michael Albany: “In the past job meetings in which he participated, on 28 January in Philadelphia, has worked continuously for five hours, photographing 170 people, without taking a break to eat or smoke a cigarette. “Unfortunately I could not please everyone, and so 50 people who were lined up, went away empty-handed. In the future I hope to do this every week or at least every month.”

And ‘interesting to hear the thoughts of those who have been in professional contact with the photographer over the top, so we report three witnesses:

“Michael Albany is one of those rare photographers who work with the customer, not against them. I hired Michael many times for my meetings and events, and he always wears the “A game”. I also managed a coffee house in the area of Willow Grove and Michael was invited by the council to hold a show July 24, 2009. I highly recommend you consider Michael for your event, personal needs, as well as for your corporate events and association.”
Kimberly Ruby CMM
Meeting Manager
Professional Meeting Planners Network

“The pictures of the Middle School are FANTASTIC! – thank you! Mark is thrilled with them, and I could not be happier – thank you!”
Melissa Biermann
Marketing Coordinator
Nason Construction

I recently received a photograph taken by businessman Michael. I wanted to have a framework available for Linked-in and a professional biography. The experience was positive. Filming was expertly managed by a professional and quality customer service. The photos were delivered immediately and was given assistance to crop the photo to linked-in. I recommend Michael, if you are looking for a pleasant and easy experience with a quality product. You will not be disappointed.
EMercier
Operations Executive

Thank you Italy for understanding the ‘why’ behind all that I do.