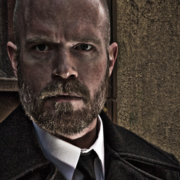 Sometimes you get everything to work just right. I have spent many a shoot trying to get the lighting to work in a way that shows my subject in the way I envisioned when planning the shoot. Other times I go with just a hint of an idea. It’s usually the latter that works out best. At least for me.

I have spent days planning a shoot, getting all the equipment ready, making sure that everything works properly . It’s those times that I load up damn near the entire studio and pack it in the car. Still I’ll be missing the one reflector or lens or whatever I need and the shoot goes well, but not as well as I want it too. Other times I just go with a basic idea or feeling and BANG! I get the shot I wanted and more. 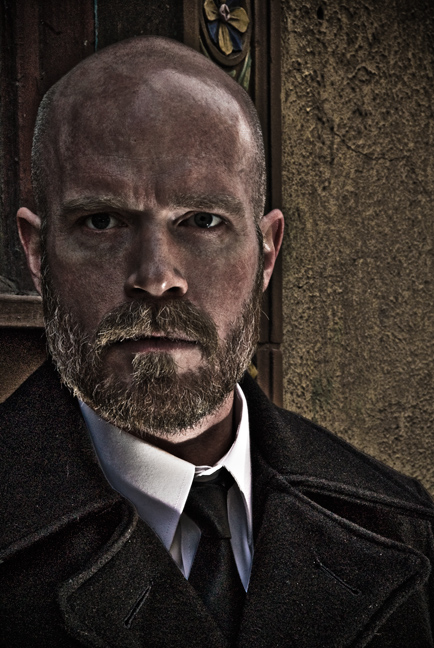 Jim, the man in this shot was one of those ‘go with the feeling’ times. We spent an entire day at 3 different locations. This shot was from the first location.

Click the link for more
The sun was mid morning coming over the wall behind Jim and putting him a dark shadow. If you look closely you can see the glare reflecting off his head a bit. I used 2 SB 800s to light Jim and the wall. The first SB 800(A) is bungeed to a light pole about 6’ in the air, set to wide, set to ½ power and aimed at the back wall. The second SB 800 (B) is sitting on top of a post at about waist level (3’ or so) and is snooted for light directly onto Jim’s beard and set on full. The camera is set to ISO 400, 1/60th at F18,focal length of about 70mm and handheld. A diagram of the setup is below. Notice the camera is in the street. The street is a one way coming from behind me. This setup of the speedlights left an interesting fall off as the light traveled up his face.

This left the eyes dark and cold with no key light to speak of. The resulting image was a strong look but it was only about 80% of the way there. Photoshop would get me to where I wanted to be. I took the image into Camera Raw and used a technique I learned via Scott Kelby and the NAPP website. The technique is Scott’s down and dirty Grunge Look. It can be done in Camera Raw or in Lightroom 2. If you are already a member of NAPP just give a search for Grunge. So with just that little Photoshop tweak I got this result. I wanted the beard to seem scratchy and course as the man wearing it. I think I got that in this image. What do you think?