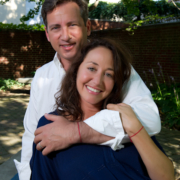 Recently it was suggested to me to change the direction of my blog. The thought was that I was writing more for other photographers rather than my potential clients. To be honest, the person who suggested that was probably right. Let’s face it, my clients (I hope you are one of them) don’t want to know how to create the James Effect or Make an Image Pop! That’s what they hire me for. (I hope!)

In addition they suggested that I do a blog post about the differences between “a job well done” and a “great job!” I am going to be honest, I gave up after 7 tries; well sort of. This is actually number 8. I think I figured out what I was doing wrong, I wasn’t writing like I usually do. I usually write like I am having a conversation. That isn’t what I was doing with attempts 1 thru 7.

I’ll admit it, I can write about what photographers want because I know what I want. When was I try to write to you my potential client, I was trying to be you. What do I want an article from a photographer to tell me about the photography he thinks I need. Answer? Nothing.

I was trying to write to potential clients to tell them why they needed me to take an image for them. The truth is that they don’t need me to take an image for them, anyone can do that. Anyone can pick up a camera and take a snapshot of horse in a field or a picture of a house. A decent photographer will capture an image that shows the colors of the horse in contrast to the green fields or a well lit image of a nice home. That is a job well done.

But that isn’t what I do. I make images that show a lifestyle. Images that show what it is like to live in the country. Images that make you and your clients want to have a stable, not just own a horse. I want to create an image campaign with you so that we, as a team, can have your clients feel what it’s like to come home to luxury or to be pampered and treated like a movie star when they are doing a promo piece for their next movie release.

That is what I do. I make images, not take pictures. And I do a great job, not just a job well done.

Questions? What About Answers?
Scroll to top