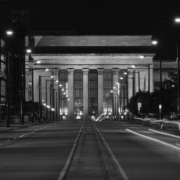 A couple of weeks ago I started composing my first ever blog post. After I sat down and looked at what I had written I saw a long boring, uninteresting article that lacked any quality at all. At that point I was asking myself what I was getting into. I had just started a blog and dang it, I needed content.

The reason was that I glazed over important topics. When I started re-writing with my girlfriend/editor looking at each article, I took her suggestions and the article got longer; a lot longer. Those edits became the previous posts. This is where I wanted to be: DSLRs.

With DSLRs there are many manufacturers. We can discuss the greatness of each, but why? All that will do is create more ‘camera wars’ (for those that are not familiar, camera wars are much like computer wars. PC or Mac? Nikon or Canon or Sony or Pentax or…? Same fight, same result; none.

For the most part I am going to mention Nikon or Canon because that is what I know the most about. The fact remains that when you get to this level of equipment you are spending a large amount of money. Will they take better pictures for you? Not for you no. But if you take the time to learn how to use the equipment and what it can do, you will have the opportunity to take better pictures.

When you get a DSLR system you are getting just that, an entire system. That brings us back to that question again; “What are you going to photograph?” Also another question comes to mind: Do you have some old Nikon or Canon lenses lying around? Will they work with a new camera body? If those lenses are less than 25-30 years old there is a good chance they may. There is also a good chance that even though they will work, they will do so only in manual mode or at least not give you access to all the features of your new digital SLR.

The true question comes down to not what camera body you buy, it comes down to what lenses. After all you will change camera bodies over and over again throughout your lifetime. And usually when you buy into a system you tend to stick with it. You could change over to another system frequently if your last name is Gates and your father is in the software business.

Camera bodies are the brains of a system; well, the one other than yours. Like yours and my brain they get smarter. But unlike us, cameras don’t just look at a scene and say “hey, I shot this last time at F11 and you know I probably should have used F32”. Well they don’t do that yet anyway. That is your input. The camera only knows how to calculate the scene before it in a certain way unless you tell it not to. What also makes the camera see a scene differently is the lens. Each lens sees every scene in its own way. That is why there are so many different lenses, so you the photographer can interpret the scene the way you want the viewer to see it, not how the camera wants to see it.

Although lenses are dumb, they cost a lot of money! They see a scene in one way. The only change is by the setting you make on that lens, but F22 or F11 or F2.8 is always going to require a certain amount of light at ISO X and an exposure of Y. That never changes. Lenses are dumb. But good lenses see that scene exactly the same way every time the same way and at the same settings. Always. It is what you can count on. It’s what they do and they may not do anything else, but they do that and they do it well.

Remember, the manufacturer is going to come out with the new and improved camera next year that is just so much smarter and can do so much for you that you just have to have the newest, best, most current camera out there! After all it’s the new and improved version, right? That is why the lenses are the most important investment you will make, because you only want to make it once.

To get you started on your journey, take a look at these two sites; http://dpreview.com/ and http://www.steves-digicams.com. These two sites have more information than I can swallow in one sitting. They both are independent and have great information about almost all cameras out there. You can do a Google search on ‘camera reviews’ and you will get 73,200,000 hits. These two are the first three for a reason.

That wraps up “What Camera should I get?”