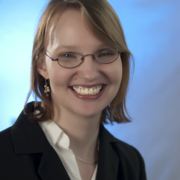 This past Sunday I went to see the Wailin’ Jennys (great harmonies btw) at the World Café Live here in Philadelphia. The show was fantastic to say the least. We got there early and had a great meal and then watched a fantastic show in a nice intimate theater.

After the show I went to have my CD signed by the ladies in the group. As I approached both Ruth and Heather said almost in stereo, “We know you right?” I replied that this was my first time seeing them live. They insisted that I looked very familiar. To make a long story short, after discussing it we found that they actually recognized me from my “FreeShots” (Free Business Portraits for the Unemployed) Charity. It seems they read the article that appeared in the LA Times last February.

Although I didn’t have much time to discuss it with the ladies from the band it does seem to be becoming a regular happening. More and more I am being recognized by people I have never met. In many cases it is coming from my work with “FreeShots,” but with others it is my work that is preceding me.

It is nice to be able to help others in need, there is no doubt. But to see that start to come back to me is… humbling. By trying to help people, I inadvertently have focus the attention back on myself. Don’t get me wrong I like attention as much as the next person. However, I want the focus to be on those that need work. The person that by no fault of their own is finding it difficult to get restarted in our difficult times.

Your neighbor, your brother, your best friend, someone close to you has been affected by these trying times. That means you have been affected too. Maybe the person you used to have lunch with isn’t at the office anymore. Maybe you are the one looking for another position. The fact is that this “crisis” has touched us all.

The images in this post are of people that were directly affected by the current situation. No one has escaped it. Not you or me, not those working or not working. The fact is that the whole world got smaller. Now even the person from the plains of Manitoba who reads a paper from Southern California can know a photographer from Philadelphia.

The Devil is In The Details
Scroll to top