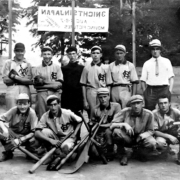 When I did the tutorial on the image of my father I was reminded of a task he gave me before he died, restore as many of the old family photos that I could.

Being the good son that I am I gladly took the box of old photos and brought it home with great in tensions. I was going to restore the images and make them available online to all aspects of my family. Also being the typical son, the box sat in a closet, untouched, for a long time. Then I did the tutorial and remembered my promise.

I can tell you that my family is much more complicated than I ever thought it was. I was looking at the photos saying to myself in a voice like Jack Palance, “I don’t even know who the hell you are!” I spent hours putting older faces to the younger versions and then trying to match them to the faces I had never seen before.

Take an image of a turn of the century baseball team. Not a name on the back for any of these guys and not a single familiar face or feature. I thought it a very cool photo though so I put it in the scanner and I started to fulfill my promise. This is the image as it was scanned.

Then I went to work. And this is the result. 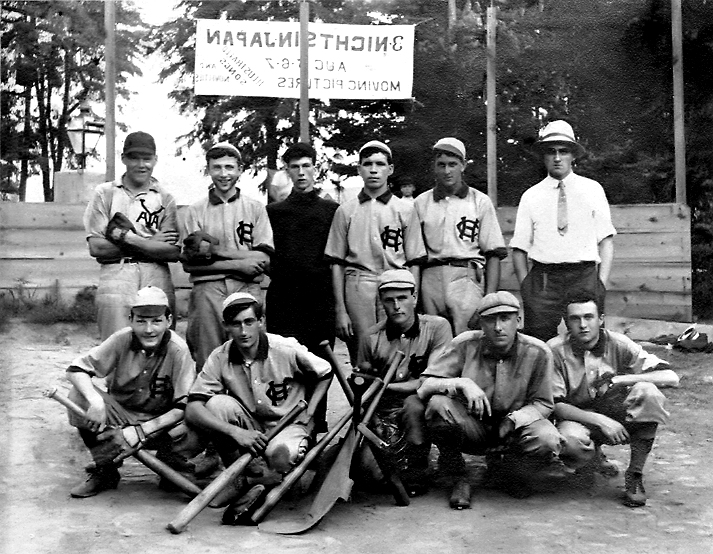 I put together a short video on how I restored the image.

Of course being the photofile that I am I had to keep going. I pulled out other images and I was beginning to recognize some of the people in them. This image for example is my great, grandfather, my father’s grandfather (I think) I estimate the image to have been taken in the latter half of the 1800s. It’s in kind of good shape for its age that is for certain! But at over 100 years old, that’s not great.
I wanted to show you how I did that so I created a Photoshop video tutorial. Warning it is a bit longer than the one above; about 15 minutes. This won’t fit on YouTube because it’s too long so I put it on its very own web page. To see the full video just click the image below.

Well I hope you enjoy both tutorials. I also hope I was able to show you something you didn’t know! If you have any questions or comments feel free to leave a comment.

Retouching Parts 1 AND 2!
Scroll to top