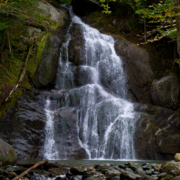 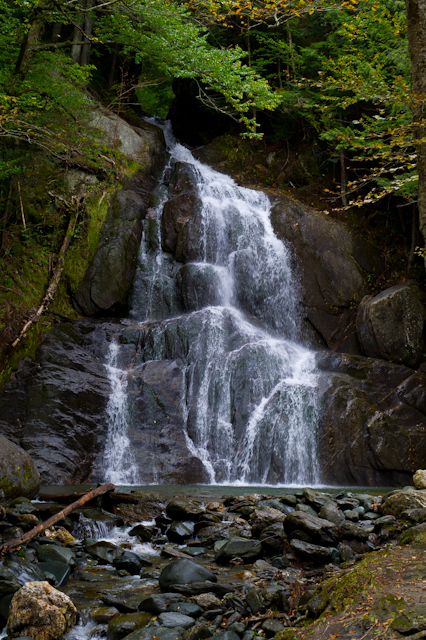 As some of you know I spent last week in New England, mostly Vermont but also New Hampshire and Maine. Many more of you know that the Green Mountains of southern Vermont suffered drastically from Hurricane Irene. The devastation was epic.

One thing that I noticed when my wife and I were there was the speed in which these people rebuilt roads, homes and businesses. The outreach to their neighbors was as swift as the waters that swept away bridges, roads and buildings. In our travels we passed one business of some kind that was no longer recognizable; most of the barn like warehouse was gone. On one side the entire first floor was washed down river and the walls of the second floor were torn away to show supplies still stacked neatly on the shelves once attached to those same walls.

In Woodstock Vermont the farmers market didn’t even resemble the store that still stands but is covered in river mud and silt. As you drive along the creeks and streams bridges that were once there look as if they are just in the planning stages and roads lead to these empty spaces. In other creeks you may see what remains of a bridge smashed and mangled yet there isn’t a road leading to the creek within sight. Guide rails sit across the streams on the opposite side from the road. In almost every stream huge rocks and boulders replace what was once green with trees and fields. On one mountain road you could see snowboards that were brand new and yet stuck in trees 30-50 feet above where the stream now runs calm again as if nothing had ever happened.

Among all this devastation the attitude of the residents is amazing. Smiles on almost every face and calm but reserved words tell the stories of each who experienced the storms and raging waters. Most of the people of Vermont haven’t seen this type of storm in their lifetimes and yet it doesn’t seem to faze them much past a story to tell and some chores to do.

The speed with which they recovered is astounding. In three short weeks they have reopened many of the businesses and repaired a majority of the roads. They didn’t sit and wait for the government to rescue them or rebuild their towns. Anyone with equipment started right away on repairing whatever needed repair. In Londonderry a woman who lost her home just weeks before Irene to fire was hard at work cooking for anyone who came in to Stoddord’s café diner. Be prepared to wait though because she has only a small grill to cook on and only enough forks and knives for 3 or 4 of the 5 booths in this small eatery. They still don’t have a fryer or even a prep table to work on and each meal is made one or two at a time. But I have to say it is the best food I have eaten in a long time.

My wife and I go to Londonderry every year for vacation and until this year I thought it was the beautiful mountains, the quaint little churches and villages that draw us in each year. The church on the home page of this is not too far north of the Green Mountains and the character in that building doesn’t compare to the character in the people who live in that part of the world.  I have learned again what the human spirit is capable of and how teaming up with your friends and neighbors can help you, and them, overcome almost anything this world can throw at you.

These people understand what to means to work together to solve a problem and how to keep their chin high while under pressure. Even the local bar was teaming with stories not about Irene but about how enemies come together and shake hands to put differences aside “because [they] have to live in this town together and want to apologize for any troubles they have caused.” They understand that a community relies on Teamwork and that they need to work together to create great things and to overcome anything that comes their way.

I want to take these lessons with me and to work towards building better a better team between my clients and myself. I want to work with my clients like Vermonters work with each other. I know that with teamwork any goal is possible.

Opportunity In The Streets
Scroll to top