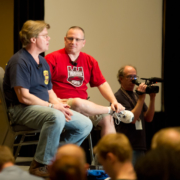 When I was a kid I was a big fan of Batman and Spiderman, they were my heroes of the day. They fought colorful characters and they always won. As I got older my heroes changed to characters that were closer to reality like James Bond and James Tiberius Kirk, Mr. Spock and Luke Skywalker, idols that were based more on real people, even if they are future based.

As my interest in photography grew my heroes became photographers and imaging pioneers like Alfred Stieglitz, and more modern photographers such as Helmut Newton and Robert Mapplethorpe. So who are my heroes of today?

Today the names are less known yet the work they do is, in my mind, no less pioneering. Photographers like Joey L., Michael Grecco, David Hobby or Joe McNally all have done something in photography that has at the very least raised the bar and made me personally try harder and learn more about my craft. I had the chance to learn from two of these guys today in Philadelphia. 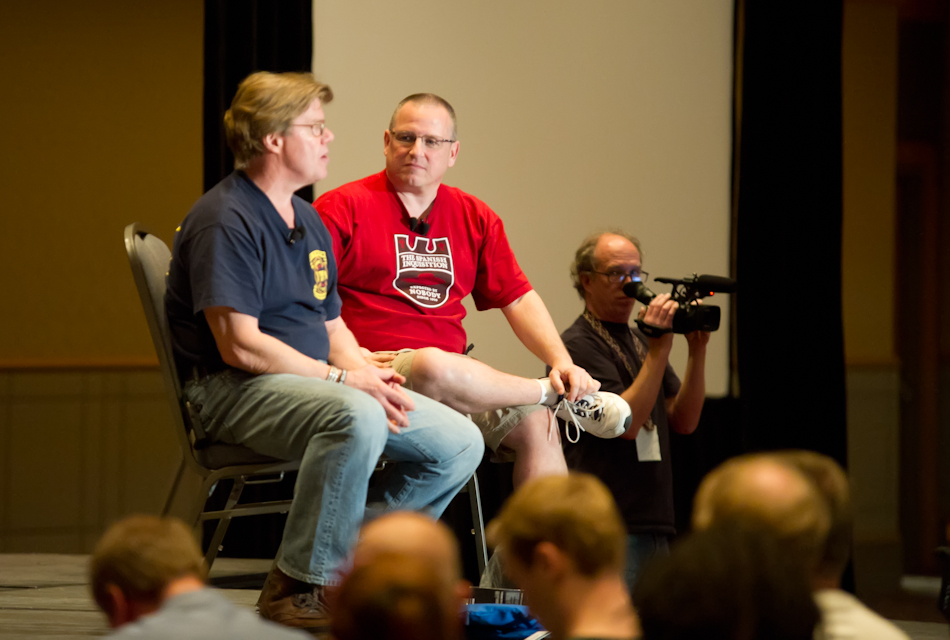 The Flash Bus tour came to Philly today and in a room full of 400-500 photographers I took a day to learn more about lighting and how to achieve better results with my work. The Flash Bus tour is a 42 day trip for David Hobby (Strobist.com) and Joe McNally (joemcnally.com) and a whirlwind of information and technique for photographers like myself. These guys not only are masters at what they do but they do it on the fly, under tremendous stress and restrictions and do it flawlessly. But the most important thing they do is they pass on the knowledge they have and they give back to both their communities and their colleagues. I have learned a lot from these two by reading their books, watching their videos and attending their seminars.

People like McNally and Hobby are examples, examples of how to learn all you can and to give back as you learn. They show others how to pass on the knowledge they have gained so that those coming after them can do what they do only in a new and different way.

They aren’t my only heroes, just a couple of my photography heroes. In life I have a number of people I look up to and they aren’t sports icons, TV or movie legends, they are real people that have mentored me and helped me grow; the people that believe in me and those that have shown me that I can do or be whatever I want to be or do. People like Dawn Drummond, a former boss and now friend, Mr. Kowalski, a teacher from Jr. High School, ‘Al’ (the man form my recent article “The Handshake”), Beate Chelette (photobizcoach.com) my mentor and success coach are but a few.

Today I have many, many heroes and all are just what most people call regular people. The thing is that they all have some special quality that sets them apart from other people in my life.  They have all taken the time to help me, and others grow and better themselves. Not because it was their job or their calling, but because they are the kind of people that will give because it is the right thing to do. I try to learn from all of these people and to pass on what they have taught me. After all they taught me that that is the next right thing to do.

Who are your everyday heroes?