If you follow this blog with any type of regularity you may have noticed at the bottom of each post is a short list of the most popular posts on the site. Consistently for almost 4 years the #2 post has been Equal Marriage Rights and Photography. I have been and always will be a strong advocate for equality at all levels and that starts with all of us treating everyone with respect and dignity. In the area of marriage it has been the tradition to not treat everyone equally. The tides are changing, finally.

In Pennsylvania it is technically illegal for two people of the same gender to marry and have equal rights under the law. In fact, a person can still be fired for being gay. I’m sorry but I don’t see sexual orientation as being something to fire someone over.

This prejudiced thinking has spilled over into marriage rights and many rights of those considered to not live a “conventional” lifestyle. In short Pennsylvania is as conservative as it ever has been. The repression of rights to any person or group of persons is just wrong.

Since the Supreme Court’s ruling on the unconstitutionality of DOMA and the PA State Attorney’s statement of choosing to not pursue prosecution of same sex marriages stating that it is in conflict with the commonwealth’s own constitution, a local Register of Wills, Bruce Hanes, has begun issuing marriage licenses to same sex couples.

It is my belief that Mr. Hanes and his colleagues in Montgomery County are politely pushing this issue to the forefront and it is one of the few things I can be proud about in Pennsylvania. It is about time someone in this state stood up for what is right and just.

Yesterday there was a rally held on the Montgomery County Courthouse steps to show support for Bruce Hanes and his supporters in local government.  I was asked by Tom Cavanaugh, Executive Administrator of the Independence Business Alliance and Jen Colletta, Editor at PGN (Philadelphia Gay News) to photograph the story for them. Below are some of the images I captured (proudly) of the rally.

I look forward to this post becoming as popular as the one I wrote in November of 2009 but more importantly I want universal equality to not just be popular but to be the norm.

2012 is over and the new year has begun. I am more than confident that this new year is going to be more than last year. More what you say? More everything! More photography, more business, more work, more creating, more success, more of everything good! How exactly do I know this? I am predicting more. I feel it in my bones that your year is going to take off and so is mine.

I close friend of mine launched a new branch of her business last month, showing her art in a new way. Sonya Sanchez Arias opened a new website (SonyaSanchezArias.com) showcasing her amazing Reclaimed Beauty Jewelry and if you have even half a moment I think you should take a look. Her work is amazing! When you look at her stunning designs you will see artistry at its finest and yet all of her work is made with recyclable materials. I’ll let you figure out what is made of what.

At the very end of the year she became ill for the first time in a very long time. She is doing well now and recovering. I believe it was her body casting off the year of 2012 and launching her into a new life as a creative. Time will tell but once you see her new work I think you will agree that her jewelry is amazing, much like everything she does.

Her positive attitude through it all got me thinking. Sonya is an amazing person and she has helped me in so many ways. She and I actually met via LinkedIn and I have visited her in Florida. Almost every time I speak with her she is positive, strong and creative in all that she does. She has kept me thinking and at times helped me stay excited about my photography when I started to wane even the tiniest bit.

In honor of her positive motivation in my work I decided to put together a bit of the best of my photography from 2012. Below is a gallery of my favorites form the last year. Some have been posted on the blog before, some not.

Farewell 2012. It is time for me to make this next year shine even brighter.

Here is to a fantastic New Year! 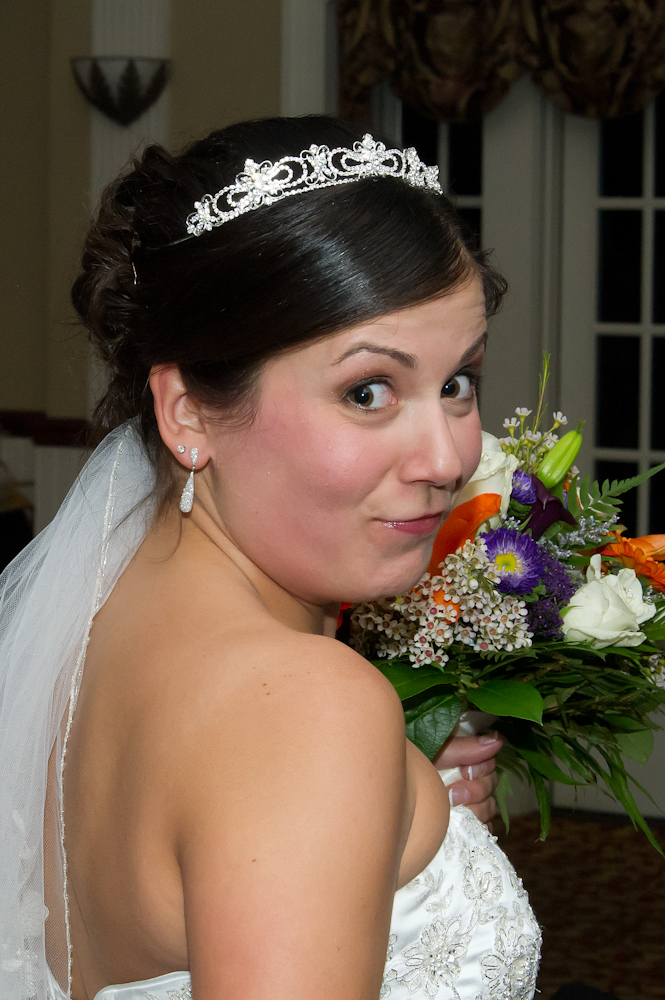 First let me say that my thoughts go out to those that probably can’t read this right now, specifically those affected by super storm Sandy. Although my wife did get stuck in Denver because her flight was canceled, we faired very well and have not had to deal with the long term loss of power and short supplies like our friends in Manhattan.

A day or so after the storm I got a message from a photographer friend of mine from Boston and my immediate thought was something happened to her or her partner, thankfully I was wrong. She was reaching out to ask if I could cover a wedding for her that she was supposed to shoot this past Friday. Due to the storm she wasn’t sure she was going to be able to get her car repaired in time to make it down to Philadelphia for the wedding. That close to the end of the storm there was no other way to get from Boston to here.

As luck would have it I was available and I would be more than happy to cover for her. As it turned out she was able to make it down but normally 5 hour ride took closer to 9 hours.

She still wanted me to assist and I was available so why not. I love weddings and this one was special. You see the couple getting married just barely got out of Manhattan just before the storm where they had actually taken their vows. This version of the wedding was for the families. They had decided to get married in NY because here in Pennsylvania if you have two brides they don’t let you get married.

The brides were gorgeous and the bridal party was stunning, it was however very difficult to tell in the dark. Unfortunately the venue they had chosen was one of the harder hit areas in Philadelphia and we had no lights for the event! Needless to say it is very difficult to focus in the dark. With generators running to cover the bare minimum of necessities and with the aid of my mighty speed-lights we were able to witness a very romantic ceremony and a fantastic reception. 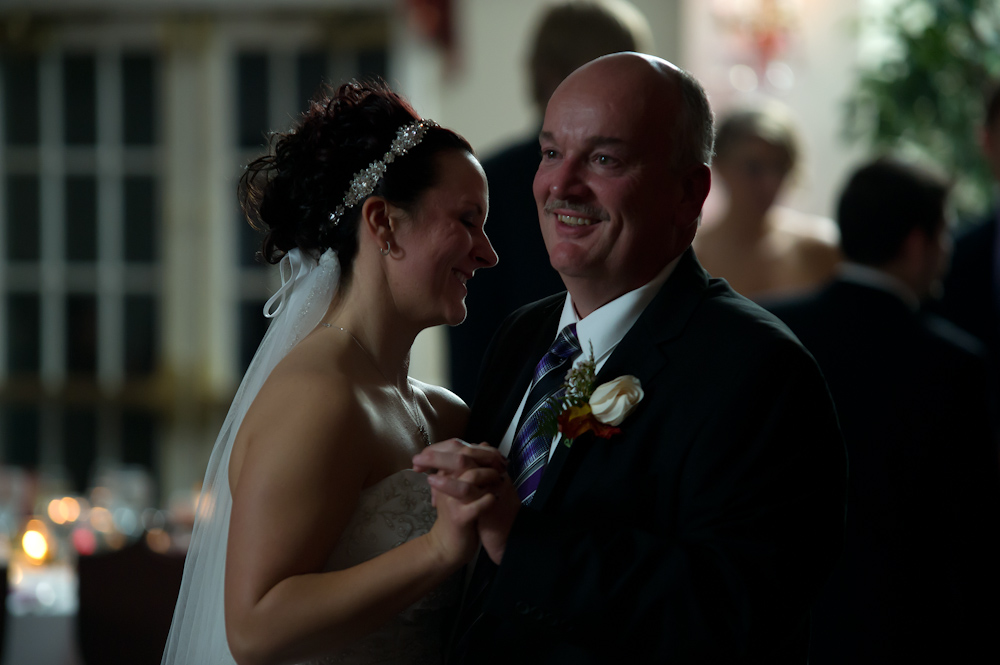 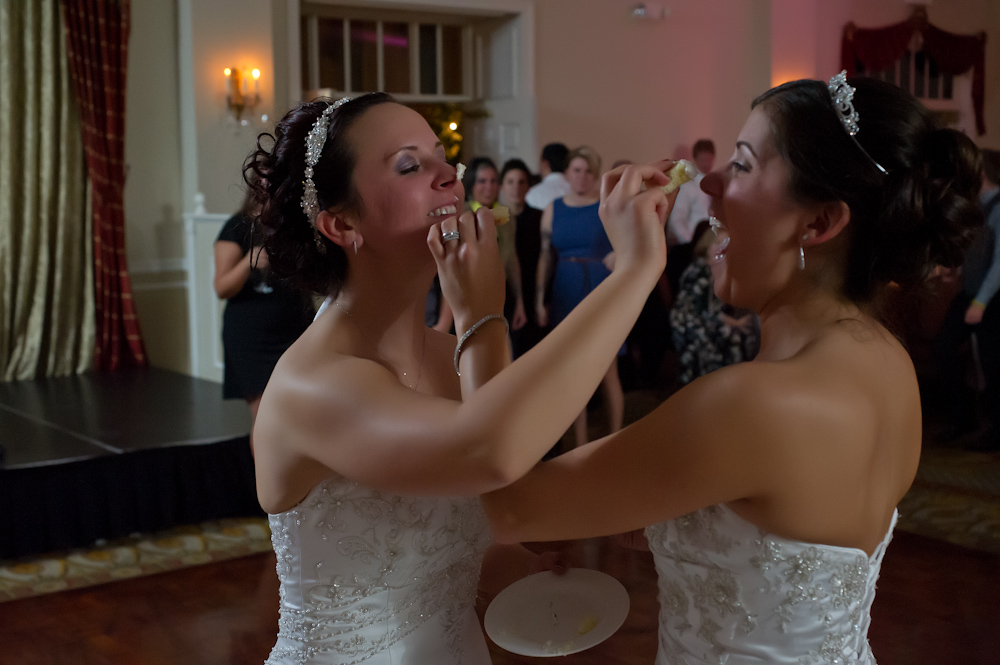 These are just a few of the hundreds of images I was able to create that night. Through the sheer determination of the brides and the crews they called together, it was in fact a beautiful wedding and probably one of the most fun I have ever been to.